What happens to critical assets on decommissioning? 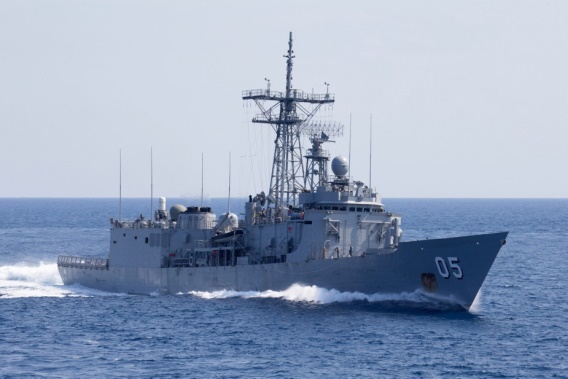 The HMAS Melbourne (III) was decommissioned on Saturday 26th October, berthing at Garden Island, Sydney, for the last time. It was a poignant ceremony, especially for the two-hundred men and women who served aboard the ship.

The ship has over two decades of service to this nation. She was deployed on operations across the globe, including the Middle East eight times, and earning battle honours for her service in East Timor and the Persian Gulf1.The ship’s motto is ‘she gathers strength as she goes’2 which is as fine a motto as you’ll ever hear and, given her capability right to decommissioning, rings perfectly true.

The decommissioning of such a large asset got my brain spinning. What happens to an asset of that size when it is no longer capable? As technology advances and the nation’s needs grow, defence assets must be upgraded. But there must also come a time, as we’ve just seen with the HMAS Melbourne, when the asset is disposed. There is obviously more to it than simply placing it in a recycling bin, ready for weekly collection. Where does the ship go to be disposed? And is there a cost?

According to Dr Steve Cole, in an article written for HEADMARK, the journal of the Australian Naval Institute, the most desirable option for a decommissioned asset is to be sold for on-going maritime use. However, for many naval vessels this never eventuates, given most warships are decades old at decommissioning. ‘Hulls may be corroded and fatigued, and…often in need of complex and expensive refits3' (p.35). Another positive use for the ships is as a museum vessel, as this provides opportunity for tourism dollars, as well as being a drawcard for recruitment. Cole goes on to note that scuttling for dive sites is another option, yet it is expensive, given the necessary removal of hazardous materials, such as overhead wiring, and modifying hatches and companionways to ensure a safe dive experience4.

There are many further costs to the decommissioning process, some of which are hidden. So, what about selling the ship off as scrap? That surely has to be cost-effective and a great way for the government to recoup monies. Not necessarily. Cole goes on to note in his article, ‘Costs are significant as the scrap value of the vessels is insufficient to offset hazardous remediation costs5' (p.36). Given that some parts of the ship aren’t able to be recycled as scrap, the bulk of the vessel is dumped in landfill.

For HMAS Melbourne, her immediate future remains unclear. The federal government has put her up for sale and already there have been unfounded rumours that Greece is looking to buy her and her sister ship, HMAS Newcastle as an interim option while US-designed ships are built6. If a buyer such as the Hellenic Navy can’t be found, then it’s likely the ship will be scuttled as a dive site or sold off for scrap.

Scrapping seems to be a rather ignominious end to this asset, and to those who proudly served aboard her. I have my fingers crossed for a future dive site.

Consider joining our Defence in Asset Management Special Interest Group, where you can meet with others who share a passion for defence assets.