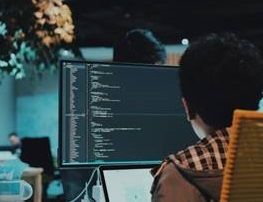 News announced mid-December of an incoming Director-General of the Australian Signals Directorate (ASD). Commencing in February 2020, Ms Rachel Noble PSM will become the first woman to lead the ASD, a major intelligence agency in Australia.

The ASD is the government agency responsible for foreign signals intelligence, support to military operations, and cyber and information security. Its purpose is to defend Australia’s national interests from global threats by leveraging technology to inform, protect and disrupt1.

The ASD has a long history of supporting military operations, dating back to the Second World War. Over time, the level of support has altered, and now includes extensive cyber support; referred to as offensive cyber operations, ASD staff work in teams on computers in Australia, playing a critical role with Australian Defence Force’s ground force manoeuvres to drive back terrorist attacks many thousands of kilometres away.

What are your thoughts on Australia’s intelligence agency, the ASD? If you work in defence, we’d love to hear from you. Become a member of AM Council today, and you’ll be able to access great member benefits, including free webinars, and networking opportunities.