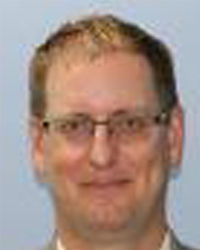 The Dish gets an Upgrade

One of Australia’s most famous assets is about to undergo an upgrade. The CSIRO Parkes radio telescope, known to many of us as The Dish, will get a new receiver, meaning it will significantly increase the amount of sky it can see at any given time.

The Dish is no stranger to Aussie legend. Back in 1969, our radio telescope was responsible for those images we see of the astronauts from Apollo 11 walking on the moon. Decades later, in 2000, the Dish was thrust into the spotlight again, with Working Dog Productions highlighting its important role in relaying those steps onto the moon’s surface to a new generation through the dramatised movie adaptation, appropriately named The Dish.

Now, we learn of this enormous asset receiving an upgrade that will ensure its usefulness across a number of different industries for many more years to come.

The new receiver, called cryoPAF1, will sit high above the telescope’s dish surface and receive radio signals, then converting them into electrical signals which can be combined in different ways so that the telescope looks in several different directions at once. The cryoPAF will be cooled to -253°C to reduce noise in its electrical circuits which will enhance its ability to detect weak signals from the cosmos. The phased-array feeds (PAF) are a close-packed array of radio detectors and are used in defence radar, medical imaging, with emerging applications in satellite communications.

A test version of the cryoPAF was tested on the Parkes telescope in 2016. The upgrade will enable researchers to address major challenges in our understanding of the universe, make new and fresh discoveries.

The Asset Management Council offers many benefits to its members. Consider joining today! Learn more about our affordable membership options here. The Defence in Asset Management Special Interest Group is also a great choice if you’re seeking networking options and invitations to events and symposiums.