The Value of Asset Management - Video 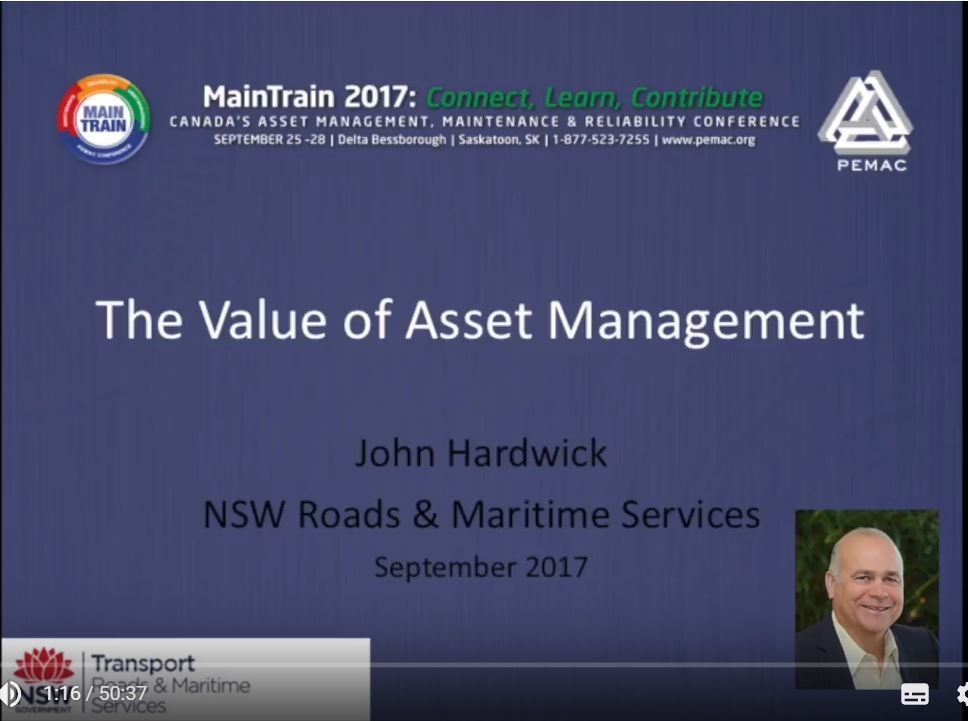 The Value of Asset Management was the topic of John Hardwick’s Keynote presentation at the recent MainTrain 2017 PEMAC Conference held in Saskatoon, Canada during late September 2017.  John Hardwick is the AMCouncil representative at the GFMAM and past member of AMCouncil Board and was attending the PEMAC conference as a representative of AMCouncil.  Invest 50 minutes of your time to hear the recorded speech