Call for Nominations to the AMCouncil Board of Directors 2021 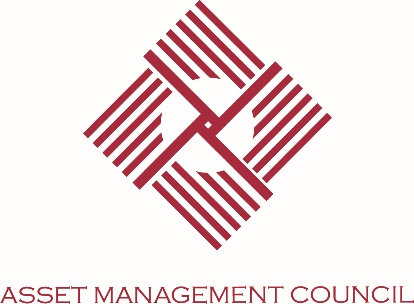 In accordance with Section 31 of its Constitution, an election is to be held for the Board of Directors of the Asset Management Council, for the term 2021 - 2024.  One member of the current Board of Directors is to retire at the AMCouncil 2021 Annual General Meeting and is eligible to stand for re-election for the ensuing three-year term.

All financial members of the AMCouncil are eligible to stand for election.

Nominations are called for the position of Director on the AMCouncil Board. One position is available.

The Nomination Form must be used for this purpose.  For a nomination to be acceptable, this form must be completed and signed by the nominee together with the candidate declaration form and candidate profile.

Duly completed nomination forms are to be lodged with the Returning Officer at AMCouncil, PO Box 2004, Oakleigh Vic 3166 or via email to anne.gibbs@amcouncil.com.au by:

The results of the election will be declared at the Annual General Meeting of AMCouncil to be held on Monday 19th April 2021 at Crown Promenade Hotel, 8 Whiteman St, Southbank, Victoria. 3006

For those members wishing to nominate, an information package explaining timelines, Director's responsibilities, expenses etc. is available from the Chief Executive Officer by phone (03)9819 2515 or email anne.gibbs@amcouncil.com.au.

For a confidential discussion relating to the position please contact the Chair of the Board, Dave Daines at dave.daines@amcouncil.com.au or Chair of Nominations Committee, John Hardwick at john.hardwick@amcouncil.com.au